Dainik Samvaad News and views for the common man
Home India Prashant Kishor will not join Congress: ‘More than me, the party needs leadership’ 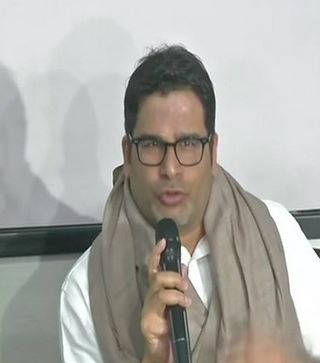 After days of speculations, poll strategist Prashant Kishor has confirmed that he will not be joining the Indian National Congress.

He tweeted Tuesday afternoon, “I declined the generous offer of #congress to join the party as part of the EAG & take responsibility for the elections. In my humble opinion, more than me the party needs leadership and collective will to fix the deep rooted structural problems through transformational reforms.”

Congress leader Randeeo Singh Surjewala also commented on the development: “Following a presentation & discussions with Prashant Kishor, Congress President has constituted a Empowered Action Group 2024 & invited him to join the party as part of the group with defined responsibility. He declined. We appreciate his efforts & suggestion given to party.”

According to reports, Kishor had a well-crafted presentation for his meeting with the Congress leaders and offered suggestion via slides that ran into as many as 600 slides.