Dainik Samvaad News and views for the common man
HomeIndiaIndian student, 70 Ukrainians killed in shelling as Russian closes in on...
IndiaWorld

Indian student, 70 Ukrainians killed in shelling as Russian closes in on Kyiv 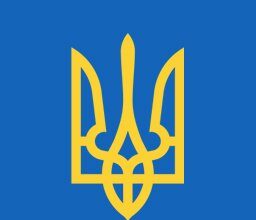 Hours after the Indian government issued an advisory, urging all Indians to leave Kharkiv, one Indian student died in a missile attack.

MEA spokesperson Arindam Bagchi tweeted Tuesday morning, “With profound sorrow we confirm that an Indian student lost his life in shelling in Kharkiv this morning. The Ministry is in touch with his family. We convey our deepest condolences to the family.”

He added, “Foreign Secretary is calling in Ambassadors of Russia and Ukraine to reiterate our demand for urgent safe passage for Indian nationals who are still in Kharkiv and cities in other conflict zones. Similar action is also being undertaken by our Ambassadors in Russia and Ukraine.”

The Indian student was identified as 20-year-old Naveen Shekharappa Gyanagoudar from Karnataka. He was a fourth-year medical student at the Kharkiv National Medical University.

According to media reports, Russian artillery attacked residential areas in Kharkiv leaving at least 11 civilians dead. In an official statement, Ukranian government said that 352 civilians, including 14 children, have been killed since the Russian invasion began last week.