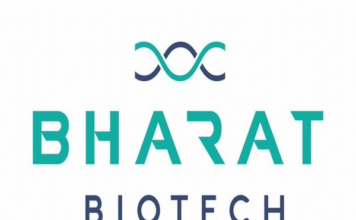 Soon after he announced the title and subject of his next film The Vaccine War, filmmaker Vivek Agnihotri triggered a surge in online reports that there were irregularities in India’s covid 19 vaccine from Biotech. The central government has now issued a clarification calling the reports ‘misleading’.

In a press statement, the government said, “There have been media reports claiming that Bharat Biotech, manufacturer of the indigenous COVID-19 vaccine – Covaxin, “had to skip certain processes” and “speed” up clinical trials due to political pressure. The reports further claim that there were several irregularities in the three phases of the clinical trials conducted for the vaccine. These media reports are completely misleading, fallacious and ill-informed.”

The statement further clarified that “Government of India and the national regulator i.e. CDSCO have followed a scientific approach and prescribed norms in approving COVID-19 vaccines for emergency use authorization. The Subject Expert Committee (SEC) of Central Drugs Standard Control Organisation (CDSCO) met on 1st and 2nd January, 2021 and after due deliberations made recommendations in respect of proposal for Restricted Emergency Approval of COVID-19 virus vaccine of M/s Bharat Biotech. Before Covaxin was approved for restricted emergency use in January 2021, the Subject Expert Committee reviewed the data on safety and immunogenicity of the vaccine and recommended for grant of permission for restricted use in emergency situation in public interest as an abundant precaution, in clinical trial mode, to have more options for vaccinations, especially in case of infection by mutant strains. The SEC’s approval for commencement of phase 3 clinical trial of proposed dose of Covaxin was based on scientific data presented by M/s Bharat Biotech and established practices in this regard. Moreover, the purported ‘unscientific changes’ in clinical trials of Covaxin, as claimed in the news reports, were made after submission made by M/s Bharat Biotech  in CDSCO, compliance of due process in CDSCO and with approval from the DGCI.”