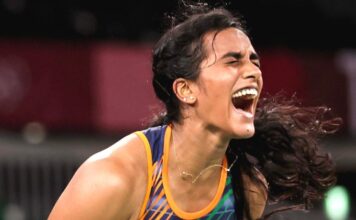 With that, she took India’s medal tally at the Tokyo Games to three and created history as she became the first Indian woman to win two Olympic medals. In a statement, she said, “I’m on cloud nine. Worked hard for so many years. I think I’ve done really well. I had a lot of emotions going through me – should I be happy that I won bronze or sad that I lost the opportunity to play in the final?”

Meanwhile, India beat Great Britain 3-1 to go through to the semifinals of men’s hockey at the Olympics.