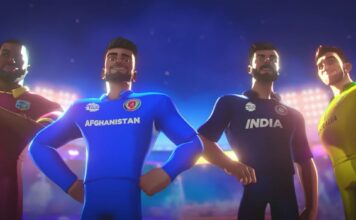 One of the most awaited tournaments of the year is upon us and teams from around the world are set to battle for the most coveted prize in the world, the ICC Men’s T20 World Cup. Star Sports, India’s leading sports broadcaster, in association with ICC, launched the campaign anthem ‘Live the Game’ ahead of the marquee tournament. Highlighting cricket as a sport that transcends boundaries, with fans across the globe, the campaign embodies the joy, and togetherness it brings along with the fiercest competition in the world of Cricket.

The Anthem is conceptualised by the internal creative team at Star Sports in association with ICC and brings together the best talent to deliver a world class anthem. Composed by popular Bollywood music director, Amit Trivedi, the anthem- ‘Live The Game’, focuses on the younger generation, who do not want to be mere spectators but play an active role in furthering the narrative of the tournament. An amalgamation of fun and fervour, the anthem showcases state-of-the-art animation, executed by ‘BAT Collective’, a renowned animation agency worldwide. Characters in the pulsating track have been beautifully crafted into 3D figures, designed by ‘Red Knuckles’ that will set an exciting tone for viewers and fans to revel.

Speaking about the anthem launch ahead of the ICC Men’s T20 World Cup, Sanjog Gupta, Head-Sports, Star and Disney India, said,“The Men’s T20 World Cup is one of the biggest events on the global sports landscape. Its stature and allure serve as the ideal platform to recruit new fans, re-engage current fans and bolster the connect of the game. The USP of this campaign is the visual rendition of the invite and its trendy music amplifying the immersive #LiveTheGame proposition. The creative team at Star worked closely with the ICC and with award-winning international talent to develop the animated narrative with a view to attract young fans who relate to gaming as much as to watching sports. The visual narrative is complemented by an addictive anthem, which has been composed by Amit Trivedi, to build the spectacle of the event. With this campaign, we hope to excite new Cricket fans from Gen Z and elevate core Cricket fans’ anticipation for the tournament.”