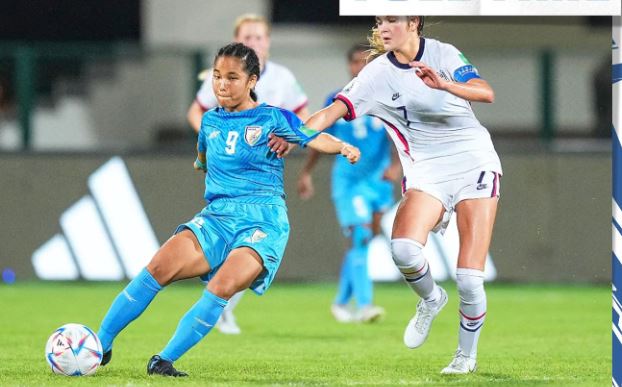 India faced a tough USA team as they made their debut at the ongoing FIFA Women’s U-17 World Cup on Tuesday. Led by Jharkhand’s Astam Oraon, the team was defeated 0-8 in the opening match for the World Cup.

It appeared as a one-sided match as the US had a 5-0 lead ahead of the half time. India had made it to the match on the basis of being the hosts.

Ahead of the match, minister for Youth Affairs and Sports Anurag Thakur had tweeted his wishes. “

The FIFA U-17 Women’s World Cup is underway in India for the first time. “I wish the very best to participating athletes from all countries and welcome you to India. Congratulations to FIFA & host states Odisha, Maharashtra, Goa for this superlative sporting endeavour,” he wrote.