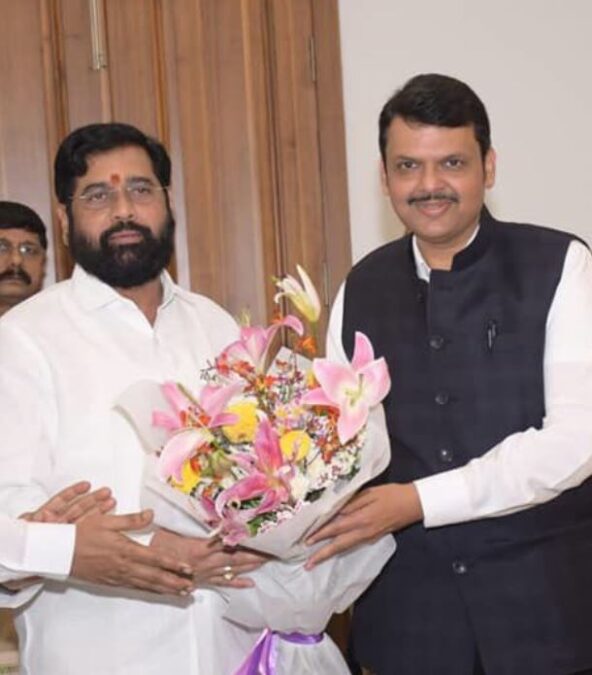 Shinde led a successful rebellion of the MLAs of Shiv Sena MLAs which led to the resignation of Uddhav Thackeray. Earlier, Fadnavis had announced that he will not be a part of the new government, but BJP chief Jagat Prakash Nadda said the party’s central leadership urged Fadnavis to become Maharashtra deputy chief minister.

In the afternoon, Shinde and Fadnavis met Maharashtra governor Bhagat Singh Koshyari at Raj Bhawan to stake claim to form the state government.