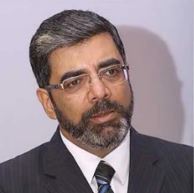 Soon after the government issued an advisory regarding offshore gambling platforms, the e-gaming federation has responded. CEO of E-Gaming Federation Sameer Barde has praised the move.

“We applaud the government’s recent advisory against illegal offshore gambling websites which has been rampant especially in the garb of surrogate advertisements and news websites. This is a significant step to safeguard the players and industry at large by distinguishing legitimate skill gaming operators from illegal gambling sites that exploit vulnerable players,” he said in the statement.

He added, “At E-Gaming Federation (EGF), we have constantly urged both federal ministries and state governments to curb the menace of these unscrupulous fly-by-night operators that have been flagrantly violating laws like the Prevention of Money Laundering Act of 2002, Foreign Exchange Management Act of 1999, Payment and Settlement Systems Act of 2007, Consumer Protection Act of 2019, etc. We believe the only way to do this effectively will be through overarching Central regulations. We are committed to providing our full cooperation to the government in creating a standard framework that will support the growth of a regulated, sustainable sector that not only adheres to these advisories but also encourages responsible gaming. Overall, we feel, the Government’s intention is very much in the right direction. We now look forward to stringent enforcement so as to provide  necessary protection to players while ensuring the continuity of business for legitimate operators.”