When Draupadi sang for Mahabharat 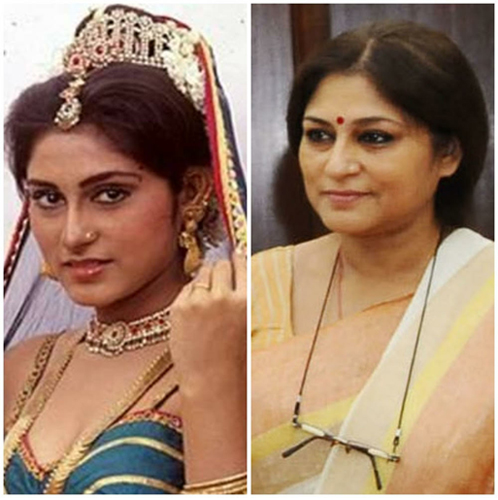 Not many know that #RoopaGanguly, who essayed the iconic role of Draupadi in #BRChopra’s Mahabharat, also sang a song in the popular mythological serial. She has now revealed that she initially asked #RaviChopra (director) to replace her with a professional singer.

“I sang one song in #Mahabharat called ‘#NainoKe’, and it was a beautiful experience. What happened was that the makers were looking for someone to sing the song that was to be picturized on me. Ravi sir suddenly asked me, ‘Will you sing a song?’ I was quite okay with that and didn’t think much of it because I was singing ever since I was a kid. While I agreed, I also told Ravi Ji that if my attempt at singing was not successful, I was completely fine if they hired a professional singer for the same. Luckily, I sang the song in one take and everyone liked it. It is a lovely song.

Today after all these years when I heard the song and I was happy that I agreed to lend my voice for it,” she said.

“The one memory that I have from the time was that I used to be the first one to turn up on the sets. The schedule was very strict back then and we all had to report on time. Ravi Ji was very friendly but he also made sure that we follow a disciplined life on the sets. And I had no problem as I would report on the sets way before the 7 am deadline. I would be there at 5 am,” she further revealed.

She also opened up on how she is spending the ongoing lockdown. “During the #lockdown as a part of my relaxation, I have done a lot of household work. From childhood, I have been very fond of doing household work. During this time, I have cleaned up every nook and corner of my house. This is what I focused on. I also got sanitizers made from my doctor friends and got it distributed across to people,” she said.

Facebook
Twitter
Pinterest
WhatsApp
Linkedin
Previous articleEasing rules out of lockdown in India, the way forward: How other countries have fared
Next articleBJP Chief Rajeev Bindal resigns after corruption charges