Dainik Samvaad News and views for the common man
HomeEntertainmentRemembering Satyajit Ray, the maverick artist and visionary on his birth...
Entertainment

Remembering Satyajit Ray, the maverick artist and visionary on his birth centenary 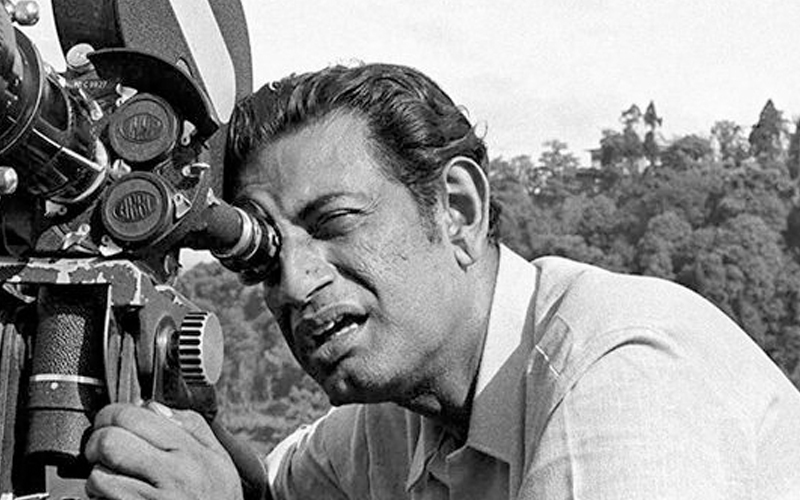 Master filmmaker Satyajit Ray was born on May 5, 1920 and the current year, 2020, marks his birth centenary. Satyajit Ray was a quintessential humanist who used the camera with empathy to tell stories – stories that captured the beauty and pathos of life in rural Bengals.

Decaying feudalism, the struggles and aspirations of the Bengali middle class, Satyajit’s films told stories only a humanist of his stature could. Some of his classics – Charulata,1964,Devi 1960.(National Award) Aparajito Teen Kanya, Mahanagar, Pather Panchali,Shatranj keKhiladi are a few gems of his genius.

Hollywood filmmaker Martin Scorsese had once appreciated the master filmmaker and said, “Satyajit Ray’s artistry in filmmaking took my breath away. In a relatively short History of cinema Satyajit Ray is one of the names which we all need to know and whose films we all need to see.”

Satyajit was also screenwriter, music composer, graphic artist, lyricist and author and is widely regarded and recognised as one of the greatest filmmakers of all time. He was drawn into independent film making after a meeting with the legendary French film maker Jean Revoir, during a visit to London in 1948.

Satyajit directed 36 films including documentaries and feature films. He was also a gifted fiction writer, publisher, illustrator ,calligrapher,music composer and film critic. His first film Pather Panchali in 1955 won international acclaim and prizes, including best humane document award in Cannes film festival in 1956. He was awarded Bharat Ratna in 1992.

One little known fact about Satyajit’s skills is that he also sketched beautifully. He joined the British advertising agency DJ Keymer and worked there as graphic artist for around 13 years (1943-1956). He also introduced Indian motifs and culture in the advertisements he made for pre-independence days. In 1961,Ray revived Sandesh – a children’s magazine founded by his grand father to which he contributed illustrations,verses and stories throughout his life.He wrote numerous stories articles,and novels in Bengali mostly for teenage readers.His detective stories and novels were very popular with them.His stories were unpretentious and entertaining the subjects included adventure, detective stories science fiction and even horror.

About film making, he had once said, “My main preoccupation as a filmmaker has been to find out ways of investing a story with organic cohesion and filling it with detailed and truthful observation of human behaviour and relationships in a given milieu and set of events , avoiding stereotypes and stock situation,and sustaining interest visually aurally,and emotionally by a judicious use of the human and technical resources.” Truly words of a great genius that he really was.